Actress Sarah Jessica Parker knew very little about her mother Barbara's side of the family when she began her research on Who Do You Think You Are? Her first breakthrough was discovering that Hodge was her great grandmother's maiden name.

Searching through newspaper records, Sarah Jessica discovered what her family believed to be the fate of her great great great grandfather, John Hodge. In 1849 aged 24, he left Ohio in a covered wagon and embarked on the grueling 2,300 mile trek heading across America to the west coast as part of the renowned Californian Gold Rush. This immense journey claimed the lives of 10 people for every mile covered, and his family believed John Hodge to have been one of them. Sarah Jessica found an obituary for his son, which gave her information stating that the family believed him to have died on the way. Newspapers are a great way to find out unexpected information about your ancestors and their lives. You can search our British newspaper collection here.

Sarah Jessica then rather surprisingly found John Hodge – listed as alive and well in the 1850 Californian census. However, she later discovered that the story did end sadly as John fell ill and died shortly afterwards.

Census records are a useful tool to track families through time, you'll discover where people moved and when new family members were born as well as getting clues as to when people died.

There are more surprises for Sarah Jessica when she traces her family back to the Salem Witch Trials. During the period hysteria swept through the small village in Massachusetts where innocent people were killed as 'witches'.

For Sarah Jessica the question was whether her ancestors were the accusers or the accused. Searching through 17th century court records like these showed that Esther Elwell, Sarah Jessica's tenth great grandmother, was condemned as a witch because a 17-year-old girl had claimed to have seen her among 'three spectres' pressing down on a woman who died. It was nonsense of course and Esther luckily escaped trial when prosecution for witchcraft was abolished.

See if your ancestors stood trial for less paranormal crimes by looking in the England and Wales, Criminal Registers, 1791 – 1892.

According to Sarah Jessica, her extraordinary journey changed 'everything about who I thought I was'. From knowing very little about her links with the past, Sarah Jessica now feels her ancestry was truly part of American history. 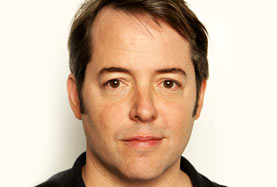 Discover the heroics of the comedy actor's military ancestors, from the American Civil War to World War I. Find out more here

Susan Sarandon:
Follow the Hollywood star's mission to find out why her grandmother abandoned her mother at an early age.
Find out more here

Matthew Broderick:
Discover the heroics of the comedy actor's military ancestors, from the American Civil War to World War I.
Find out more here