Monty Don was very familiar with one side of his family – the well-known line of Wyatt architects. However, the TV gardener was keen to turn to his attention to some less celebrated branches. He unearthed a campaigning vicar who met a famous end, and a marmalade magnate who found himself in a jam.

Monty's brother pointed him towards the Hodge line, and in particular their 2x great-grandfather Charles, a vicar. A copy of one of his sermons revealed a passionate man, who was angry at declining church attendances in the 1800s.

TOP TIP
If you believe you have clergymen in your tree, check out Crockford's Clerical Directories. These comprehensive resources contain detailed biographies of vicars across England, Wales and Ireland. You can search directories for six separate years through the late 19th and early 20th centuries.


The green-fingered celebrity found a letter that showed Charles was living in New Zealand by 1858. However, it turned out his wife Ann emigrated alone first, and the reverend followed grudgingly, never settling in the colony. It was no surprise, therefore, when death records showed that whereas Ann died in New Zealand, Charles left the country. 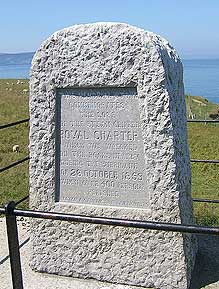 So where did this despondent preacher meet his end? The answer came at his former church in Nottinghamshire. A memorial showed Charles drowned in the famous Royal Charter shipwreck off the Welsh coast. A visit to Anglesey revealed how over 450 people died in the disaster, and a contemporary newspaper report suggested Charles encouraged other passengers to pray with him as the ship went down.

Having uncovered the truth about his mother's great-grandfather, Monty turned his attention to his paternal line. He knew his Scottish grandmother, Leila, was descended from the wealthy Keiller marmalade-making dynasty. However, none of this money reached Leila, so where did it all go?

The Gardeners' World presenter visited the National Archives of Scotland to learn more. Leila's birth certificate showed she was actually born in London, and the 1891 Census revealed her father William living in a large house in the city with a number of servants – clearly the money was still there at that stage. Even more surprisingly, the 1871 Census showed him employing more than 100 people in Guernsey.

TOP TIP
Once you've pinpointed an ancestor in our census records, make sure you check the other people at the same address. As well as further family members, you may find servants, suggesting a certain degree of wealth, and employees, pointing you towards a family business.

Monty's next call was the heart of the Keiller empire in Dundee. There, a historian talked him through the history of the company. William was a director, and his spell in Guernsey was to manage the export side of the business. However, the majority shareholder was his older brother, Alexander, and letters revealed a frosty relationship between the pair.

When Alexander died, he left his share of the business to his son. Further letters showed that things didn't improve for William, and when the Guernsey side of the business closed, he was left without a role. Sidelined, it seems he retired early, and lavished his wealth on his young family. Unfortunately, this left little for his daughter Leila.

TOP TIP
A good place to start investigating your ancestors' businesses is city and county directories. These often list traders by name, address and type of business. Also look out for adverts, which shed further light on your forebears' activities.