Hugh Quarshie knew bits and pieces about his mother’s family. He’d heard rumours of Dutch and English blood, and remembered his mum calling herself the ‘Duchess of Abe’. Still, he had no idea of the powerful story that connected these facts together.

The Holby City star’s first port of call was his birthplace in Ghana. He visited his uncle, Jimmy Philips, who had more information about the family. A key figure was Hugh’s grandfather, William Reginald Philips - described in one biography as a “white man” - whose mother Anna Kamerling was mixed-race African and Dutch.

TOP TIP
Take any opportunity to speak to your relatives, especially older family members who may have further information about your ancestors. You can make contact with lost cousins through our Member Connect service. 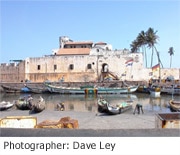 Hugh found William’s will, which showed he was a wealthy man, and a partner in the firm EB Ephson and co. He then drove to his grandfather’s home – the trading port of Elmino. There he learnt how his relative was part of the “Mulatto elite” that dominated the former British colony of the Gold Coast.

However, the most important discovery was a ‘Kamerling House’ in the area. Hugh paid the home a visit, and found it full of relatives he never knew existed – descendants of his great-grandmother Anna. After an emotional greeting, he was told about two important shared ancestors: Anna’s Dutch father, who worked at Elmino Castle; and her son, the former chief of a village called Abe!

TOP TIP
Your ancestors’ wills reveal details of their wealth, property, daily lives and which relatives they favoured. The easiest way to track them down after 1860 is through our National Probate Calendar


The obvious next step was to visit Abe. Initially the villagers were wary – there was some dispute over the chieftaincy, and they suspected Hugh was there to make a claim! Once he’d explained his presence, they were far more welcoming. It turned out the actor’s 2x great-grandfather Pieter Kamerling was held in high esteem, as he founded the village as a home for his family.

The family tree led to Holland, so Hugh followed it, consulting state records in The Hague. These showed Pieter volunteered to become a Commander in the Gold Coast as a young man, seeking adventure. They also revealed he returned to Holland after 12 years due to illness. 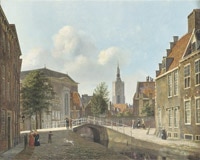 The family tree led to Holland, so Hugh followed it, consulting state records in The Hague. These showed Pieter volunteered to become a Commander in the Gold Coast as a young man, seeking adventure. They also revealed he returned to Holland after 12 years due to illness.

The final trip was to visit Eric Kamerling - another long lost cousin, and keeper of the family archive. Eric had several photos of all the characters in this tale, allowing Hugh to put faces to their names. He also had a copy of Pieter’s will, together with his surviving children’s birth certificates - the Dutchman collected these together before his death to ensure they received their inheritance.

TOP TIP
You’ll often be amazed by the amount of detail in your relatives’ birth, marriage and death certificates. Find them through our fully searchable indexes, then order them direct from our site